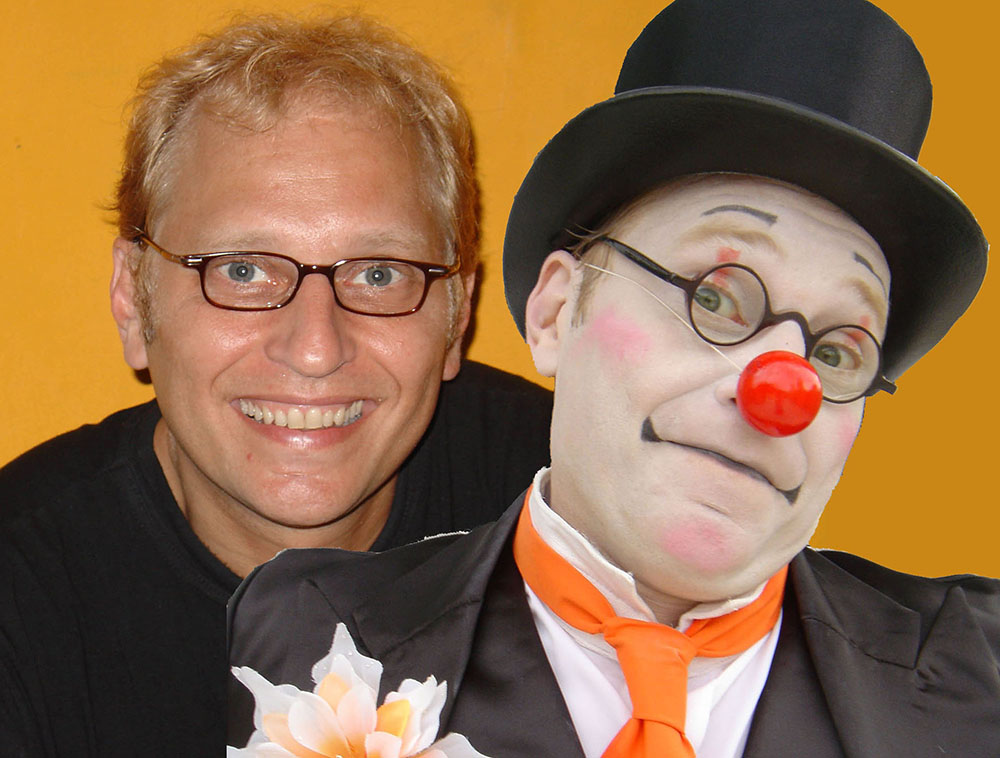 Acrobat, juggler, ilusionist, actor, playwriter, clown. When he was four years old the family moved to Rio de Janeiro, where he attended the private schools Bennet and River. Soon after, he studied theater with the group Asdrúbal trouxe o trombone at Parque Lage. After the course he and other colleagues formed the group Banduendes por acaso estrelados. It was with this group that he took part in the creation of the Circo Voador in 1982, where they presented the play "A incrível história de Nehemias Demutcha (1982-1986) and "Entre hoje e amanhã" (1988), both directed by Evandro Mesquita and Patricia Travassos. As an actor and author, he acted on television, videoclips, films and the programs Fantasia (1988) and "Quadro a Quadro" (1989) on TV Educativa (TVE). In his solo work, he acted in Armação Ilimitada, on TV Globo (1985) and took part in A Bruxa e meu amigo Miguinin as well as in the soap operas "Olho por olho" (Manchete, 1989) and "O mapa da mina (Globo, 1992); he acted in the filmas films "Garota dourada" directed by Antonio Calmon (1988) and "Rádio Pirata", directed by Lael Rodrigues (1986). We can also highlight his participation in the theater plays "Viva o circo" directed by Naum Alves de Souza (1987), "Alguns anos luz além., from Chacal, directed by Ricardo Waddington (1988) and "Pluft o fantasminha", from Maria Clara Machado, directed by João Brandão (1990). In 1983, he joined the National Circus School in Rio de Janeiro. Ten years after he made up the circus theater group Irmãos Brothers of which he is part since the beginning as an acrobat, actor, producer and director in national and international shows.